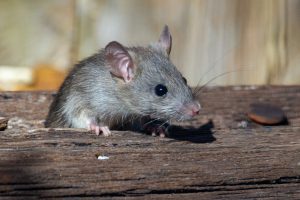 While sealing off all the entry points in the house might be the most crucial step in preventing a rat infestation, what is the right solution if you already have an infestation? Well, trapping them could be one of the most viable solutions if not the most viable.

Rats are, without a doubt, one of the most unwelcome yet pervasive creatures that can invade your home. Although we all don’t want rats around our homes, they seem to live off humans. In addition to spreading diseases, contaminating food, and damaging structures, rats have been a complete nuisance to the human population for centuries. As such, rat traps have always been an integral weapon in the war against rats. Whether in the suburban, urban or rural setting, rat traps have been at forefront of eradicating rats.

The battle between you and rats is a serious one and should never be taken lightly. Given that rat traps are one of the most effective ways of dealing with these annoying little creatures, it’s of great importance to learn how to trap rats, how to effectively use trapping tools, and the best baits to trap rats.

In this article, we’ll show you all the facts and tips you need to trap rats and get rid of them.

How to Find Rats 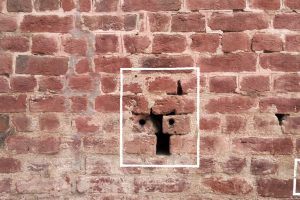 The first crucial step in getting rid of rats is finding where they live. Rats are generally nocturnal and you’ll rarely see them during the day as they’re more active at night. Given that they can transmit a lot of diseases such as rat-bite fever, murine typhus fever, salmonellae, and can even poison your food.

To find rats, you need to know the signs of rats in your home. They include:

Rat droppings – Rats will regularly leave their droppings in your home. This is a great sig of finding rats in your home. You should look for fresh droppings that are soft in texture and dark in color. Keep in mind that the dropping will harden and lose their dark color after a couple of days.

Look at Your Pet Behaviors – If you have dogs or cats, you’ll notice that the presence of rats will make them curious and sometimes excited. For instance, cats will start hunting down rats in the ceilings, wall voids, and may even follow rat sounds as they climb, move, and claw various places within your home.

Look at Large Chew Marks – Rats love to gnaw and chew on various objects within your home. In addition to gnawing structural wood, they make scratching sounds and gnaw on wires, fruits, and grains.

Follow the Trail – As they move around, rats will leave smudge marks, create burrows, pile materials, and leave their furs all over the place. You can also find their footprints in dusty areas and you can use these footprints to trail their burrows or the areas that they frequent.

Behavioral Habits – Rats have a peculiar ability to memorize their environment using their muscle and body movements. Unlike mice, rats will rarely visit food sites and so you rarely encounter them running on your kitchen counter. You’ll, however, most likely find them in ceilings, basements, and behind structures, as well as in their burrows.

As such, you should seal off all the entry points to make sure that there are no new invasions. And once you’ve blocked these areas, it will be a lot easier to trap the rats that have been stuck inside the holes.

Position the Rat Trap in the Right Places

You’ll perhaps never see rats roaming around in your living room or in the open ground in your yard. This is because rats usually use walls and fences as guides. You should, therefore, place the rat traps along walls, fences, and in low-lit areas. Again, you should place the traps in their paths or in areas where the rats travel most.

To increase your chances of trapping the rats, you can place these traps under furniture – like cabinets, chairs, or even below sofas – as well as in closets. You can increase their curiosity by using a box along these paths. Rats are generally curious critters and will explore inside these boxes looking at what’s inside the box. So if you place the traps inside the boxes, they’ll get trapped and won’t come back out.

When it comes to trapping rats, it’s essential to use baits to lure rats to the traps. The best baits should, however, depend on the rat species you’re trying to trap. The idea here is that rat species have varying types of food and what works for a particular rat might not work for another. For example, brown rats are omnivorous and will typically target smelly cheese and non-herbivorous dishes. On the other hand, black rats are naturally herbivorous and will most likely target peanut butter.

As such, knowing the type of rat that you’re looking to trap and their type of food will make it a lot easier in choosing the best bait. You should also keep in mind that rats, whether omnivorous or herbivorous, have a strong sense of smell and so the lures should have strong smells.

Let the Rats Trust the Traps

The best thing to do is to let the rats become accustomed to the traps for a few days before you set them. Just place the traps in the right places but don’t set them for a day or two. This is to allow the rats to feed on these traps so that they accept the traps as another normal object in their environment. Once the rats have become used to the traps, set them and you’ll get surprised at the number of the rats that will get trapped.

In some cases, the rats will be clever enough to eat the baits without getting trapped and this is normal. You shouldn’t lose hope, just set the trap again and you trap a couple of rats. You should, however, avoid using poisoned baits as this will cause numerous problems.

If you use poisoned baits, chances are the rats may consume the poison and proceed to die in hard-to-reach areas. This may leave your home with an unbearable foul smell from rotting rat and this is something that you don’t want into your home.

Again, a rat can consume poisoned bait and still get away and potentially spread the poison on the floor or other parts of the home and this can be hazardous, especially for kids and pets.

That being said, it’s critical to use poison-free bait when looking to trap rats to avoid numerous problems that the poison can cause.

Use the Right Trap

Most rats averagely measure between 7 and 10 inches in length with an additional 6 to 8-inch tail. This means that the right trap for rats should be much larger than typical mouse traps given that house mice are much smaller. However, most of us do not know the difference between a rat and a mouse and this can cause confusion when choosing the right trap.

So before you pick a trap, it’s important to determine whether you’re dealing with rats or mice. The main difference is that rats are typically much bigger than mice. And while mice will always be in the house, rats tend to be active both inside the house and outside. All in all, the best traps for rats should be twice larger than the ones used in trapping mice.

Use as Many Traps as Possible

If you notice a single rat roaming around your home, chances are they’re in their hundreds and using a single trap to target such a huge number may not be effective. For this reason, you should have a dozen traps all-around your home. You should seal off their entry points, seal the garbage bins, and make sure that your home is less inviting to these annoying creatures.

After making you home less-friendly to rats, place the traps in all the strategic position and ensure that you trap all the rats. You should target areas around the walls, fences, attics, and low-lit areas that rats love.

Rats generally breed a lot faster and can be a complete nuisance if you give them the chance to turn your home into a breeding ground. This is essentially why you should consider mass trapping the rats.

The best approach is to select an appropriate bait area and use piles of grains to attract a huge population of rats for a feeding fest in this area. Give the rats time to get used to this feeding ground without setting the traps. In other words, place the traps in those areas without setting them until you’re sure that the rats have become accustomed to them. You can then set the traps and kill them en masse.

This is a great way of reducing the rat population in your home within days and can be a viable solution if the invasion is huge.

Sharing your comfy home with rats is something we never want. Unfortunately, these creepy critters can invade our beloved homes and the best solution is to trap them. The first step in trapping rats is to ensure that you seal off all the entry points to prevent rats from entering your home. This will then give you the perfect opportunity to trap the ones that are already inside.
Make sure that you place the traps in strategic positions and use poison-free baits to lure the rats to the traps. Follow the above-described tips and the rat problem will be a thing of the past. 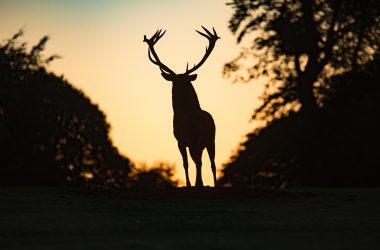 How to hunt deer at night

Hunting can be done for fun or to get rid of a nuisance animal. Whichever its looked at… 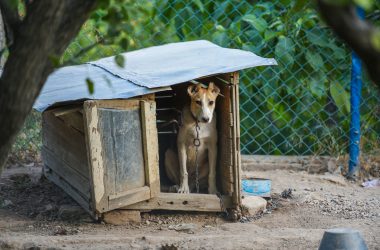 How to Winterize Outdoor Dog Kennel

With winter approaching, you certainly want to prepare your home for the chilling season. Installing heaters and restocking… 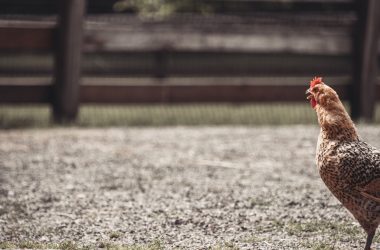 How to Winterize a Chicken Coop